As we told you a few months ago in our Journal, we created the hashtag #leborgabalacreativeproposal to share every Thursday an exhibition or any cultural proposal on our social media.

This post will show you all the new proposals for FW19/20 that we resumed in early September and will be enlarging weekly.

We would love to know if you have followed any of these recommendations as for us, they are a great source of inspiration that we channel differently on our collections.

In May of this year, the Pavillon Le Corbusier in Zurich, the architect’s last creation, reopened its doors with the same vivid and bright colors it used to have during the inauguration in 1967. The pavilion has always been used as an exhibition area to introduce Le Corbusier’s creations and thoughts. The actual proposal goes a bit further: in addition to the location’s visit, the exhibit “Mon universe” may enhance your come around. It is a private collection of historic photographs, objects, molds, painting and other oddities of his own creative universe. Until November 17th.

Objects from the collection “Mon Universe” (courtesy of Zurich University of the Arts – ZHDK).

After decades of dictatorship and ostracism, the Spanish transition saw emerging a new generation fascinated by modernity that would crystallize into creatives arising from different fields such as music, fashion, cinema, painting or photography. These artists coexisted and each one of them became, in their own way, a chronicler of La Movida.

The exhibit takes places in the Fundació Foto Colectania where photographs of Alberto García-Alix, Ouka Leele, Miquel Trillo and Pablo Pérez-Mínguez show us the images of this movement. Until February 16, 2020. 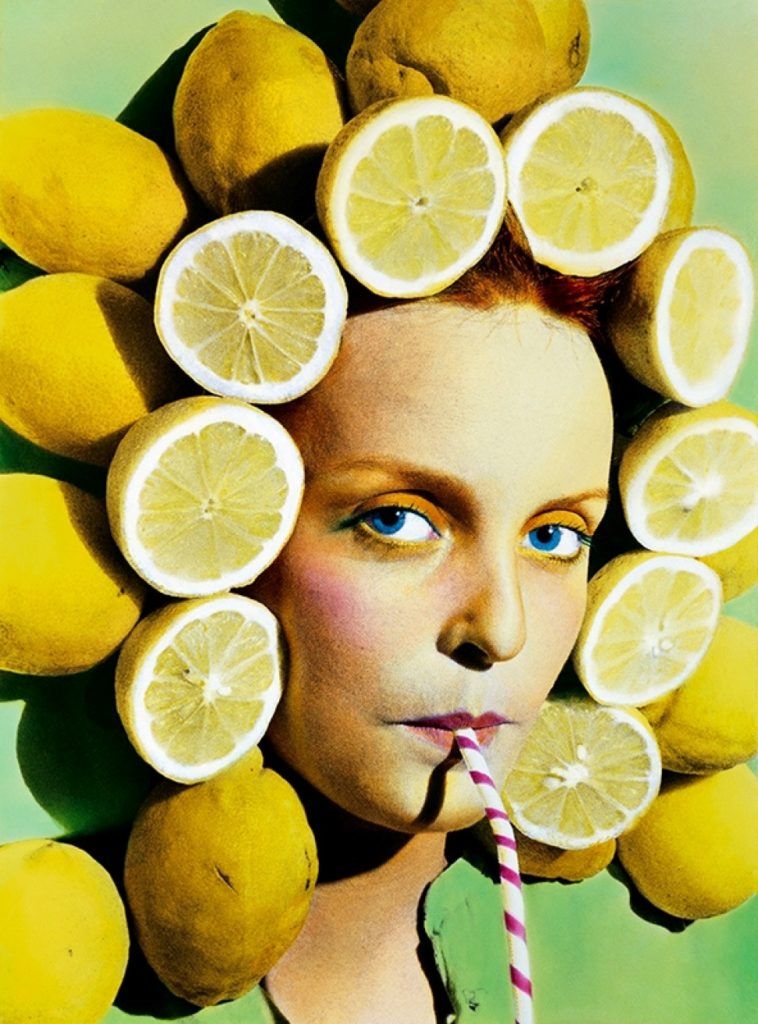 “I like to make people look as good as they’d like to look, and with luck, a shade better” is a famous quote of one of the most important fashion photographers of the 20th century, Norman Parkinson. The Fundación Barrié pays tribute to him through a retrospective on the English photographer’s trajectory: 56 years of his career during which he portrayed the Great Britain of the 30’s, the austere style from the WW II, the Parisian New Look from the 50’s and London’s Swinging from the 60’s until the glamour of the next couple of decades. A journey where to get lost that we recommend you with our eyes closed.

The Guggenheim Museum offers a complete itinerary of Thomas Struth’s photographic oeuvre throughout more than four decades of work highlighting his social concerns that nurtured his influential art during the different steps of his career. Until January 19th, 2020. 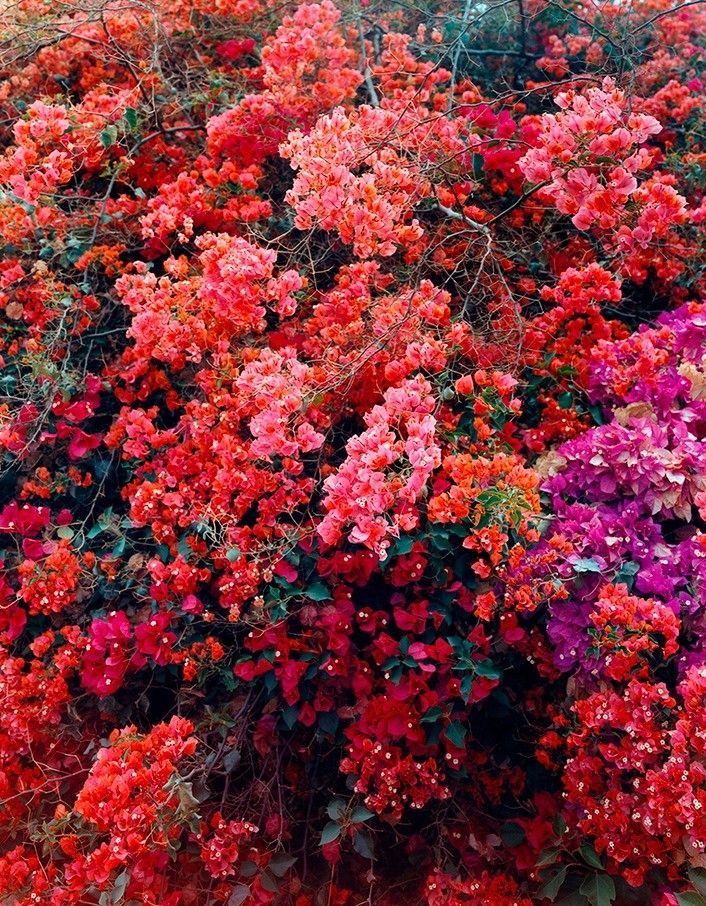 During our stay in Paris when we participated in Tranoï at the end of September, we had the pleasure to see the exhibit conducted by Centre Pompidou on Francis Bacon. The show is based on the powerful influence that literature had over the creation of his work and links pieces of six philosophers (Esquilo, Nietzsche, T.S. Eliot, Joseph Conrad, Georges Bataille and Michel Leiris) with a selection of Bacon’s paintings that marked his latest production, from 1971 until 1992. “The great poets are fabulous detonators of

images. Their words are ineludible to me and help me open the gates of imagination” is one of the artist’s quotes that can be read in this exhibit. Until January 20th, 2020.

The first retrospective on Oriol Maspons that takes place in Museu Nacional d’Art de Catalunya. The large format exhibit covers more than four decades of intense activity in the fields of photo reportage, portrait, fashion and advertising. Maspons performed a key role in photographic language regeneration in Spain during the 50’s and 60’s. Until January 12th, 2020.

The Brooklyn Museum has launched the first exhibit on Garry Winogrand’s color photos. Winogrand is one of the most influential photographers from last century. Although nearly solely known for his black and white pioneering images, the photographer produced more than 45.000 transparencies in color during the early 50’s and 60’s. Therefore, it is a great opportunity to get to know this unknown component of his work that on the other hand has been crucial for the progress of color photograph

before 1970. These snapshots never seen before capturing New-Yorks’s and the US social and physical landscape. Who’s in? Until December 9th, 2019.

The 70’s marked a turning point on feminism. A new generation busted in public life and quickly found its way around the globe to disrupt the established order through numerous practices and cultural performances. The CCCB examines the creation of these pioneer artists and in a way engages their work in dialogue with new generation creators in the exhibition FEMINISMS! An ineludible work to understand the origin and beginning of this necessary struggle to our society. Until December 1st, 2019. 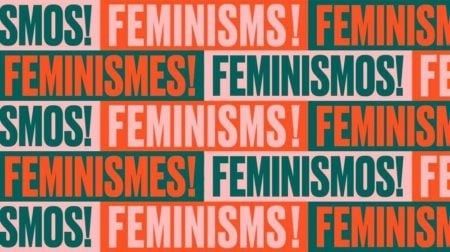 We launched this new season with a little escapade to the french city of Arles to attend the yearly Photography Festival. The exhibition gets together with the collaboration of museums and other cultural institutions and takes place in different parts of the city; such as chapels from the XII century and industrial buildings from the XIX century, only open for the general public during the festival. Les Rencontres d’Arles has enabled the discovery of many photographers, a fact that confirms the renown of the festival and its role as springboard between photography and contemporary artistic creation.

Photographs glued on one of the central streets of Arles.

“Joana Biarnés, moda a pie de calle” is an exhibit of 88 photographs -most of them unpublished- of the first female photojournalist in Spain, who was also the first fashion photographer. The show consists of a run through fashion photography during the 60’s and the 70’s in Madrid, Barcelona and international capitals of fashion such as Paris or London. It includes publications of the magazine “La Moda en España”, in which Biarnés started collaborating during the 60’s covering fashion chronicles of Barcelona’s haute couture, the most important of the industry at that time. After that, and due to her work in the diary “Pueblo”, Biarnés became the fashion chronist of the spanish capital and the society of Madrid.

The exhibition outlines a facet slightly unexplored of the photojournalist, 15 years of commitment for fashion’s photography just when it evolved from serious and stilted to the transgression of Balenciaga’s, André Courrèges and Paco Rabanne’s disciples, through hippie’s movement. The exhibit can be seen at the centro expositivo Tinglado 2, on Tarragona’s harbor until December 22nd.