Why #LeborGabalaCreativeProposal have been created?

As we are truly culture lovers; we have created #leborgabalacreativeproposal as a hashtag with the purpose of proposing and sharing cultural activities through our social media channels. The simple fact of visiting a well-known art show or just discovering any other unknown curious art exhibit is a huge and pleasant milestone to be shared with you.

Every Thursday from the previous month of March we are proposing and talking about cultural key initiatives that we already visited or at least that we would love to visit soon. As we also enjoy travelling, those proposals usually stand out by taking place in different spots and locations around the world.

So, in this post we are collecting all the suggestions that we have been recommending by now. Some of them may have already concluded, but many others still being available. You can already plan your next break holiday and book your favourite cultural activity.

Berenice Abott was an avant-garde and bold photographer who worked between Paris and New York and made an exceptional portrait about modernity of the 21st century. Mapfre Foundation has collected almost two hundred of vintage pictures proposing an extensive path of this American photographer. Ended. 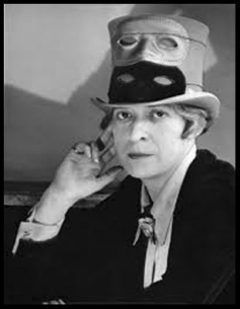 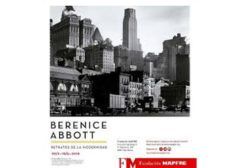 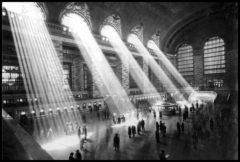 A new and awesome exhibition about Alexander Calder and Pablo Picasso. Two of the bigger artists of the 20th century are present in Paris Picasso’s Museum by August, 25th. 120 artworks that explore how both of them -each one with his own personality- approached the empty issue and challenged mass movement. The same exhibit will move to Malaga Picasso’s Museum from September, 24th to February, 2020. 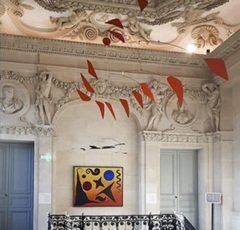 The first documentary film festival Moritz Feed Dog about fashion and culture celebrated his fifth edition the previous month of March and has become an essential yearly appointment to any fashion passionate who claim for a cultural manifestation. Feature films have been projected exposing the textile industry from diverse perspectives organized by In-Edit. Ended.

Vibrating, full of colours and far from any figurative reference. Hilma’s paintings and drawings were hided for decades and Guggenheim Museum of New York collected them from a single retrospective view that tap the artist. An advanced woman who certainly created a cryptical artwork represented beyond what is immediately visible. Ended. 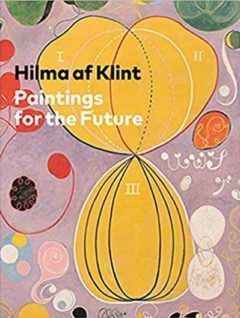 Alberto Giacometti’s retrospective view is now available in Museum of Prado by July, the 7th, 2019. An excellent opportunity to know and go deeply through this swiss artist’s artwork starting in Las Meninas de Velazquez and going through other big art shows as the battle of Mühlberg’s Tizano or Greco’s art show.

One of the things that we love from Joaquín Sorrolla is the ability he had to capture the awesome Mediterranean light on his canvas. The National Gallery of London embraces a huge retrospective of the impressionistic painter : “Sorolla: Spanish Master of Light”. Available by the beginning of July, 2019.

A tour about Japanese art from the fifties of the 20th century to the present day, with a special focus on photography and artists of Provoke’s crew (Provocative Materials for Thought) in 1968 – as Yutake Takanashi o Daido Moriyama. An exhibit that will be able to be visited by 2020, February in BombasGens Centre d’Art of Valencia which is an old bombshell factory renovated by Fundación Por Amor a l’Art and reconverted from 2017.

“I deeply feel placed at País Vasco, my own place, as a perfect tree in the proper land and territory but with open arms to everyone”, used to say Eduardo Chillida, one of the most famous rereferrals in the sculpture world of the 20th century. The cultural centre Chillida Leku was founded by the sculptor when he was still alive and it’s currently opened from April. In 2011, the sculptor needed to close the centre but now with the support of Vasque Administrations and the international gallery of Hauser & Wirth, the centre has been renewed properly.

The hugest art Biennial of the world starts by the motto « May you Live in Interesting times ». With a special referral to an English phrase originated in the colonial age in China during crisis times. So, Venecia has become the most essential art date up to November, 24th with the purpose of showing a critical opened perspective around the current socio-political landscape.