As we told you a few months ago in our Journal, we created the hashtag #leborgabalacreativeproposal to share every Thursday an exhibition or any cultural proposal on our social media.

This post will show you all the new proposals for FW19/20 that we resumed in early September and will be enlarging weekly.

We would love to know if you have followed any of these recommendations as for us, they are a great source of inspiration that we channel differently on our collections.

One of the most extensive retrospectives on the American plastic artist and filmmaker Andy Warhol arrives at London’s Tate Modern. In addition to the iconic pop images such as the Campbell’s soup cans, Marilyn Monroe’s portrait, and his vision of the Coca-Cola phenomenon, the exhibition includes twenty-five artworks from her Ladies and Gentlemen series, portraits of Black and Latina drag queens as well as trans women, which will be shown for the first time in 30 years. Visitors can also see his floating Silver Clouds and experience the psychedelic multimedia environment of the Exploding Plastic Inevitable. The exhibition catalogue contains a fully illustrated interview with Factory Bob Bobcelcello, Martine Syms vision on Warhol’s artwork and new text by the London writer Olivia Laing; as well as an extensive program of public talks and film screenings.

Known for her experimentation and representation of the Chinese painting, Yuan Jai is a visual artist based in Taiwan. Her work is built upon old prototypes, classic paintings and a reinterpretation of visual traditions by incorporating geometric patterns and vibrant colors. After launching our FW20 / 21 collection at the Tranoï fashion trade show in Paris, we encourage you to visit Jai’s latest art exhibition which Center Pompidou dedicates to this unique artist. The exhibition displays her landscape painting, biographical work and contemporary motifs alongside references to Western and Chinese art history. 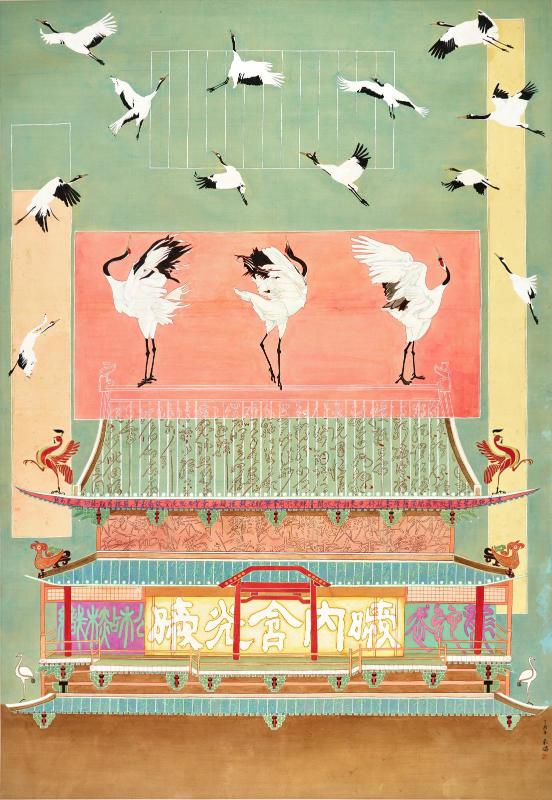 Moment in Time: A Legacy of Photographs | Works from the Bank of America
Collection (Irland)

Over 50 years ago, American collectors Beaumont and Nancy Newhall assembled an impressive selection of works spanning the history of photography. The exhibition “Moment in Time: A Legacy of Photographs | Works from the Bank of America Collection” presents iconic photographs from that collection by Julia Margaret Cameron, Henri Cartier-Bresson, Eugene Smith, Robert Frank, Dorothea Lange, and many more. This sounds like a good opportunity to visit a collection that comes to Europe for the first time thanks to the National Gallery of Ireland. 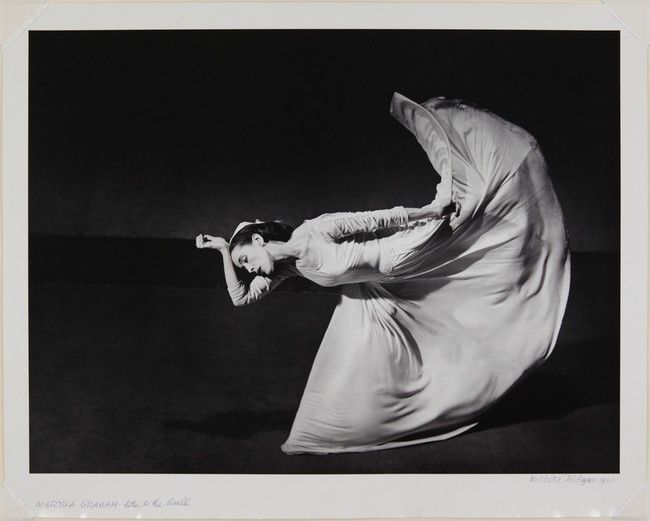 “American Life: Mexican Muralists Remake American Art, 1925-1945” (New york) shows the impact that Mexican muralists had on their American contemporaries during those years. A cultural rise emerged in Mexico in 1920 at the end of the Mexican Revolution which dramatically changed the country’s artistic production. A new relationship was established between art and citizenship, leading to an artwork that spoke directly to people about social justice and national life. The situation helped artists in the United States who wanted to break the European aesthetic domain to create accessible art of public importance.

The exhibition organised by the Whitney Museum of American Art has an extensive perspective on muralism. A walk through 200 works by 60 Mexican and American artists that show common elements, including Frida Kahlo, Jackson Pollock, Diego Rivera, Jacob Lawrence and many more. Who is coming to New York? 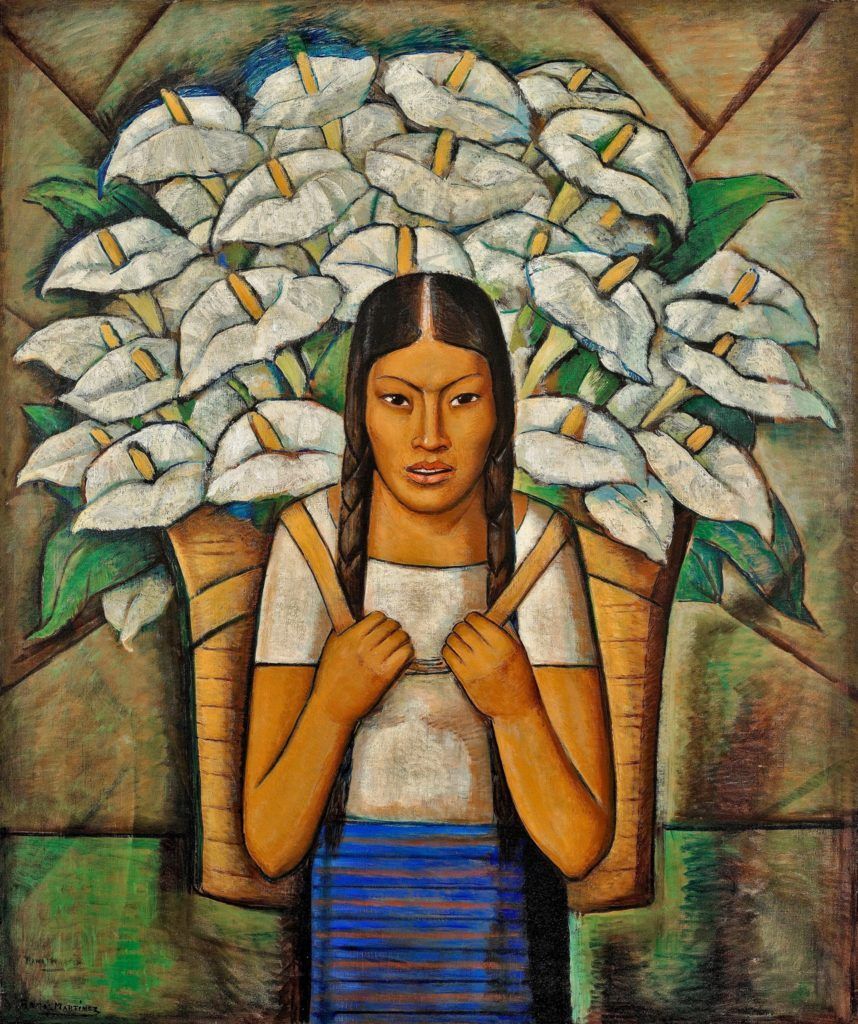 “Boccaccio, “Gauche Divine” temple’s” (Barcelona), curated by journalist Toni Vall, shows the impact and momentous of Bocaccio into politics, culture and social life in Barcelona and in the whole region of Catalonia. Bocaccio, a club located in Barcelona’s Muntaner 505, which doors opened in February 1967 by the hand of the cultural entrepreneur Oriol Regàs and closed down in 1985, turned into the preferred place of gathering of the so-called movement of the Gauche Divine. The club was a meeting point for a generation of liberal professionals who stand out in their fields such as photography, music, architecture, design, fashion, cinema, publishing, literature, etc. They met, talked and connected. They had fun but they also fostered a new wave of creativity which changed the way of being and create arts in the country. 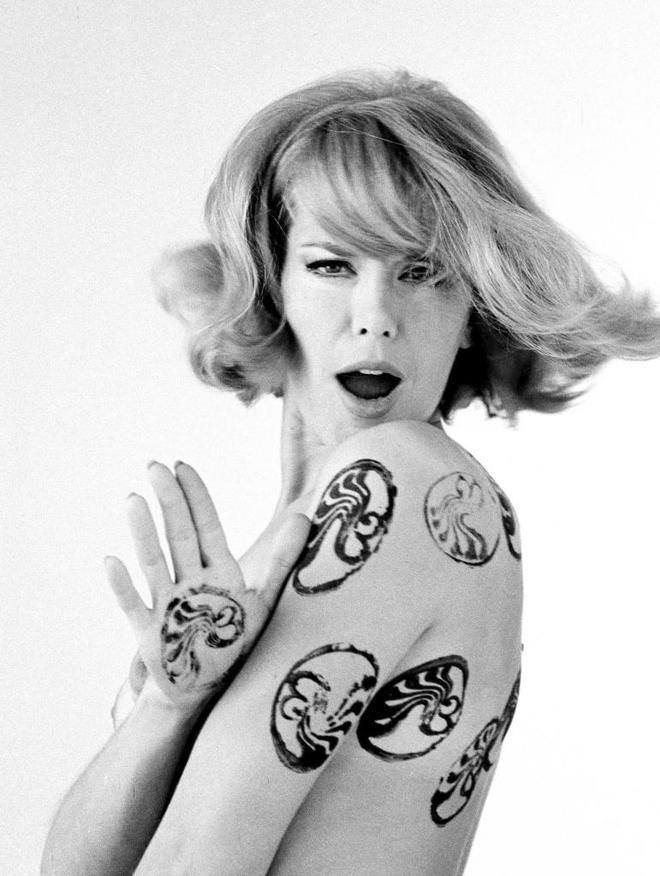 The contemporary art fair of reference on the international circuit, ARCO Madrid, is back once again. The purpose of this new edition has been to strengthen innovation and research with ‘It’s Just a Matter of Time’ as main theme. Resulting from this concept and the artwork of visual artist Félix González-Torres, artistic practices will be held.

ARCO Madrid 2020 gathered 210 galleries from 30 countries from which 171 have been short-listed by the Arco’s Committee and included in the General Program as well as the curated exhibitions. At its 39th edition, Arco it is an unmissable event for those interested in art and culture, which will take place from February 26 to March 1. 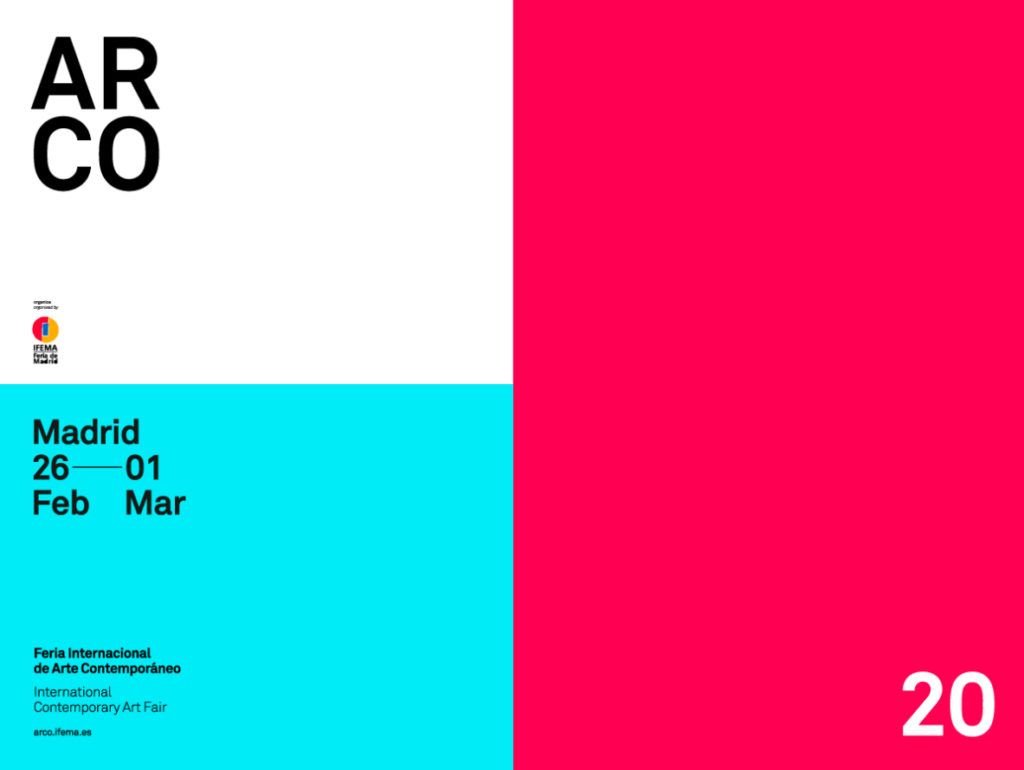 Creativity for the promotion of ARCOmadrid 2020

In the 1960s a group of avant-garde painters began to push abstraction in new directions, leading to the emergence of several divergent styles. Helen Frankenthaler applied thinned acrylic washes to the unprimed cotton canvas, richly saturating it like a dye, and Morris Louis, Kenneth Noland, and Jules Olitski methodically poured, soaked, or sprayed paint onto canvases, thus eliminating the gestural appearance that had been central to Abstract Expressionism in the 1940s and 1950s. In these new works, figure and ground became one and the same, united through color.

The Guggenheim Museum in New York presents “The Fullness of Color: 1960s

Painting, an exhaustive tour of the movement of the so-called abstraction. 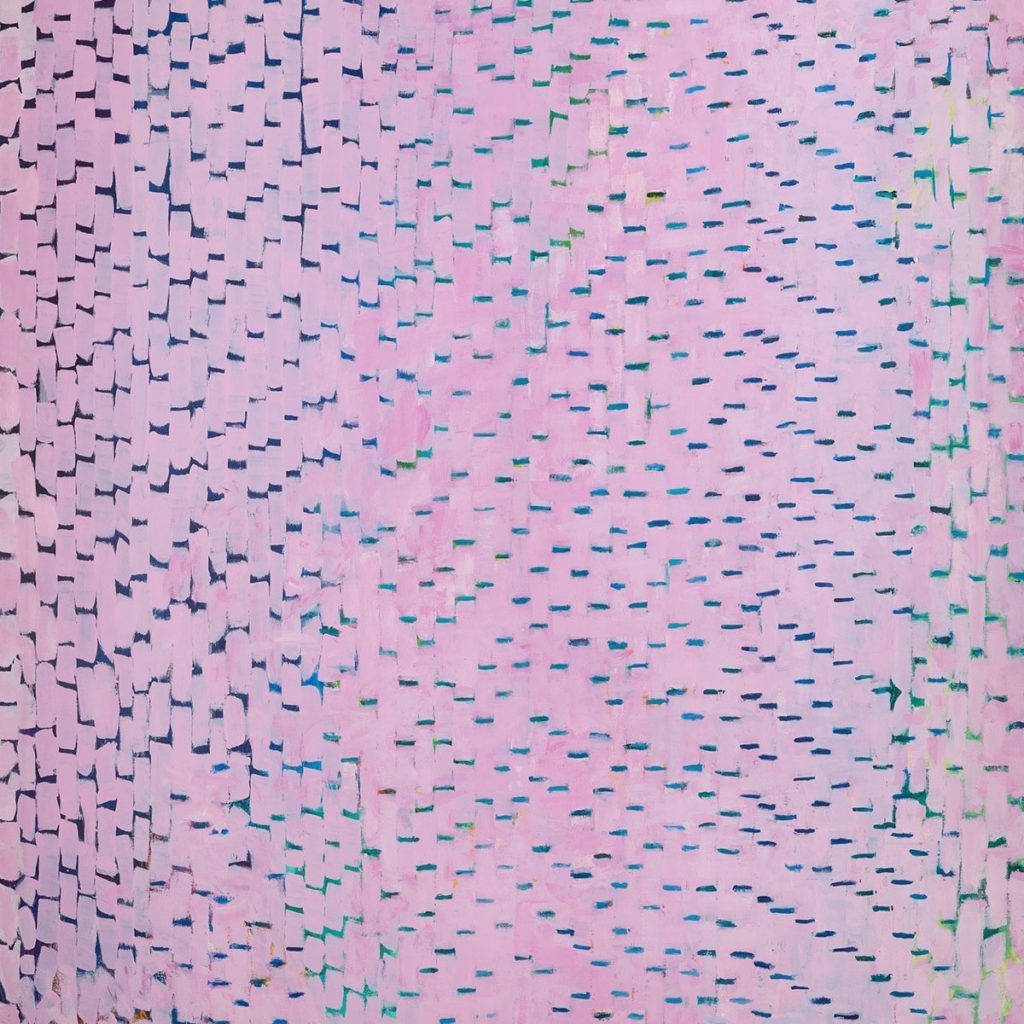 Barbara Hepworth was an English sculptor who, together with other artists such as Ben Nicholson and Naum Gabo, formed an artists residency in St Ives, Cornwall, during the Second World War. Her work is known for carving hollow forms inside the sculptures and for using traditional materials in an innovative way. “I think every sculpture must be touched, it’s part of the way you make it and it’s really our first sensibility, it is the sense of feeling, it is first one we have when we’re born. I think every person looking at a sculpture should use his own body. You can’t look at a sculpture if you are going to stand stiff as a ram rod and stare at it, with as sculpture you must walk around it, bend toward it, touch it and walk away from it,” a great advice that Hepworth gave us to be able to experiment with her work.

At the Musée Rodin you can visit an exhibition on the artist until March 22.

During the 1930s, Dora Maar’s provocative photomontages became celebrated icons of surrealism. Her eye for the unusual also translated to her commercial photography, including fashion and advertising, as well as to her social documentary projects. London’s Tate Modern honoured the artist with an exhibition trying to answer the question “Who is Dora Maar?”. Considered a celebrity in the early 20th century and a true inspiration to many artists and writers, such as Paul Eluard and Jacqueline Lamba, with whom she established a close relationship, the exhibition showed different facets, including the least known of this interesting woman. 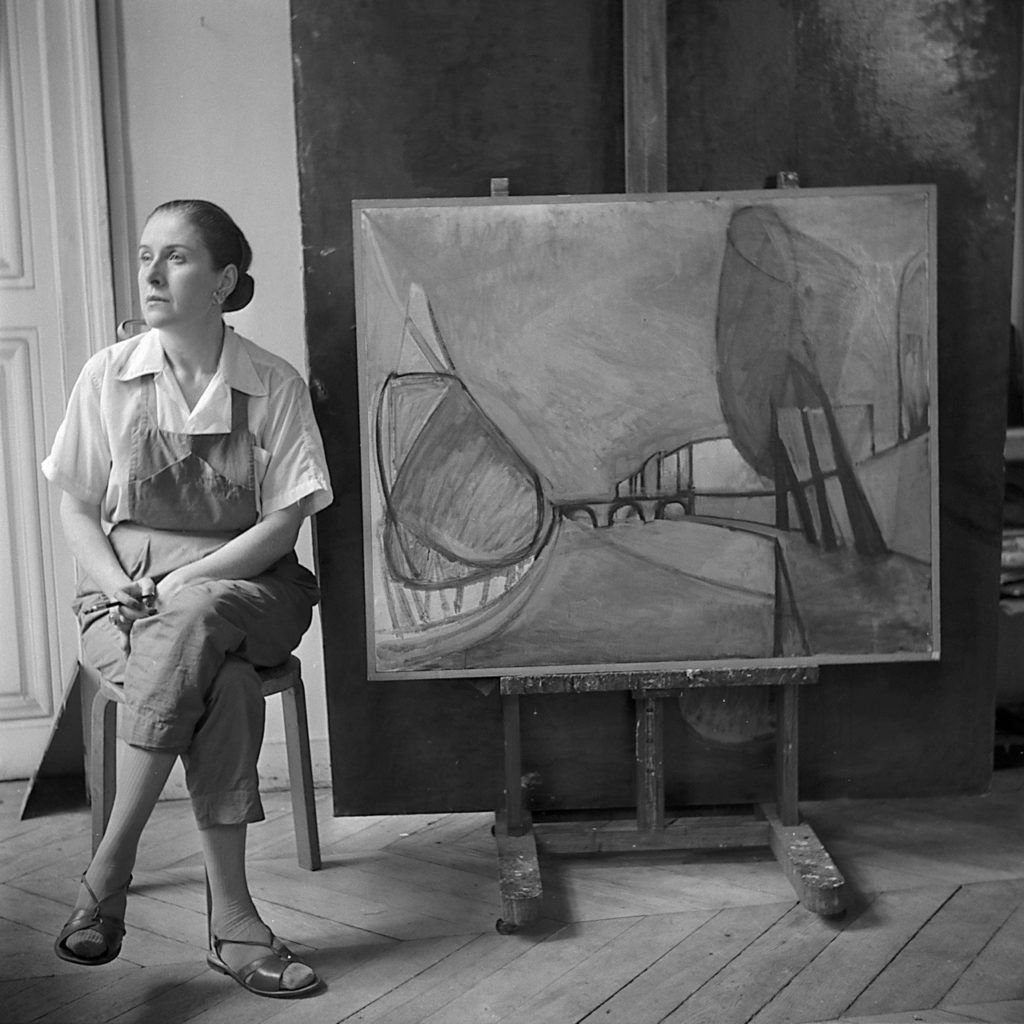 Photography has immortalised the modern city throughout the 20th century in endless visual narratives that acted not only as a social stage and political battlefield, but also as a wild playground. The exhibition “Camera and city”, held at Caixaforum Barcelona, analysed the work of photographers and filmmakers who have dissected the metropolis and created different takes on urban life and culture. The exhibition revolved around various issues, displayed through historical pictures, such as Brassaï’s iconic series “Paris by night”, Cartier-Bresson’s surrealist prints, along with contemporary artworks. 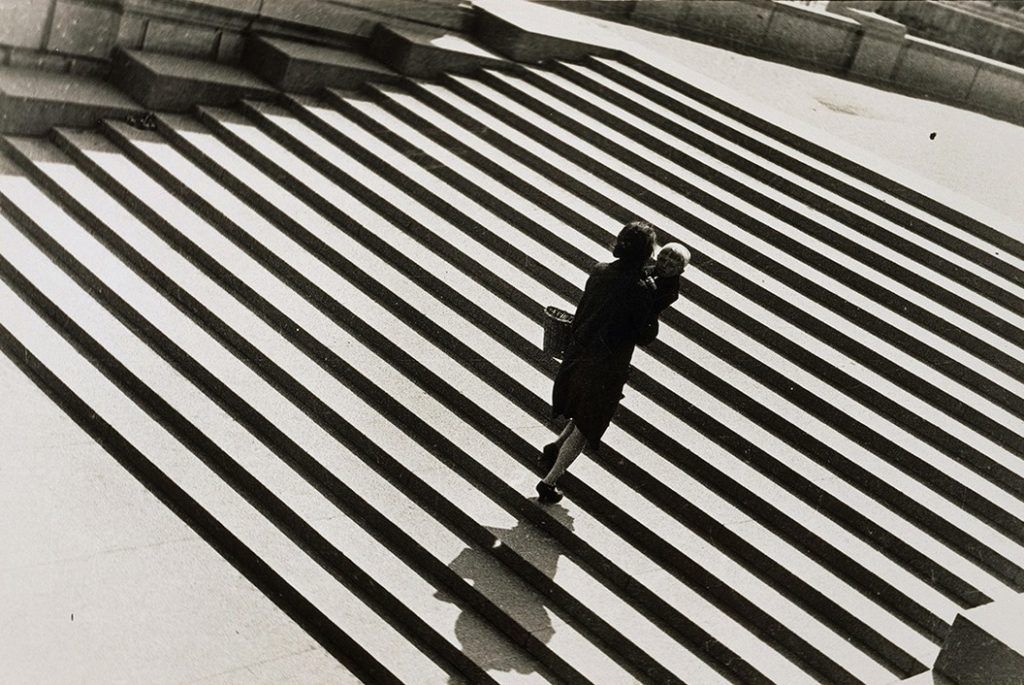 2020s first cultural proposal took place in Venice. The exhibition “Peggy Guggenheim. The Last Dogaressa”, highlights the thirty years she spent in Venice with her dogs, scandalous parties and gondola rides. The exhibition in the Palazzo Venier dei Leoni will offer the rare opportunity to revisit and re-contextualize famous masterpieces such as Empire of Light by René Magritte, Study for Chimpanzee by Francis Bacon and  Box in a Valise (Boîte-en-Valise), created by Marcel Duchamp as well as the artwork of Kenzo Okada and Tomonori Toyofuku, demonstrating Guggenheim’s interest in the art scene beyond Europe or the United States. In addition, a selection of Guggenheim’s scrapbooks will be on display to the public for the first time. These are the albums in which she documented her life by cutting and pasting newspaper clippings, pictures, party and gallery invitations and other ephemeral materials. 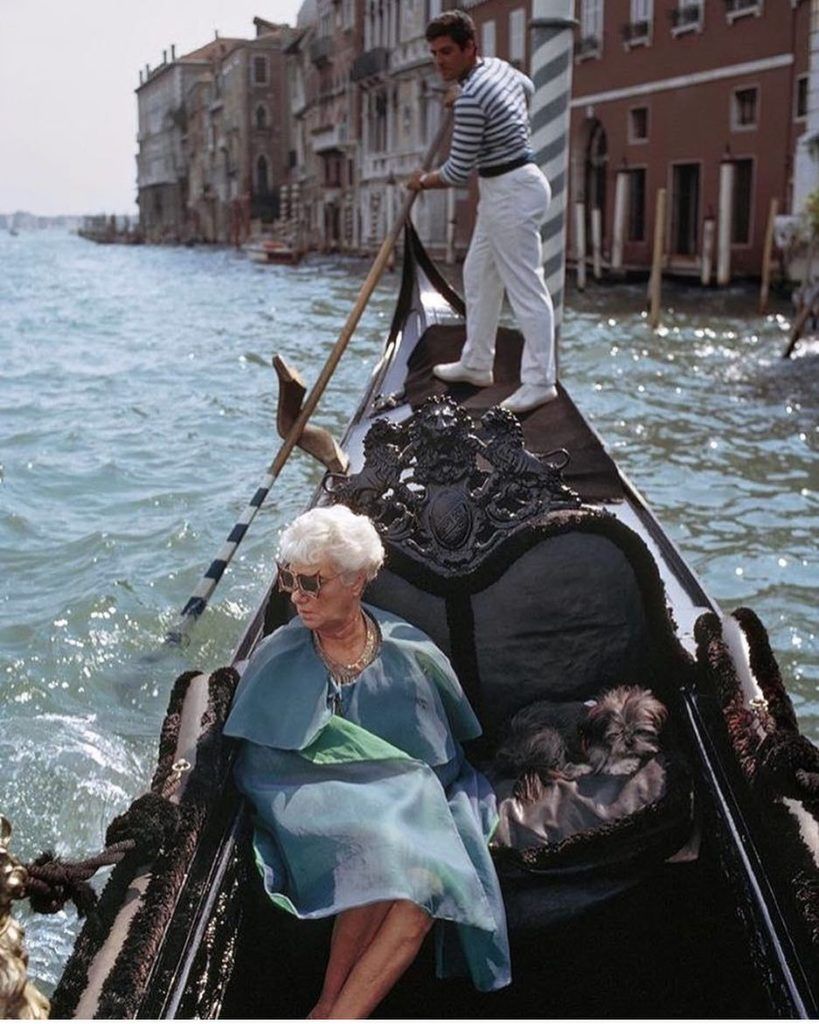 Peggy Guggenheim during a gondola ride on the canals of Venice.

“Masterpieces of the Kunsthalle Bremen: From Delacroix to Beckmann” (Bilbao)

We finished 2019 #LGCP traveling to the north of Spain. The Guggenheim Museum in Bilbao brought us closer to the German Kunsthalle Bremen collection and its early dedication to modern art through the juxtaposition of French and German art from the nineteenth to the first half of the twentieth century. The exhibition recounts the outstanding story of a museum shaped by a strong sense of civic engagement, an intensive interaction of private collecting with institutional guidance, and an early professional study and championing of modern art. Visitors can find masterpieces from Auguste Renoir, Claude Monet, Paul Cézanne and Vincent van Gogh, amongst many others.

Until February 23, the Musée Maillol in Paris held, for the first time, an exhibition about ‘Naïve’ artists. They renewed painting in their own way and the movement included names such as André Bauchant, Camille Bombois, Ferdinand Desnos, Jean Ève, René Rimbert, Dominique Peyronnet and Louis Vivin, independently from the avantgarde artists. Their brightly coloured works shed light on an inter-war period in the history of art that is often overlooked. The exhibition highlights each artist’s great formal inventiveness, without overlooking the links they maintained with pictorial tradition and contemporary art. 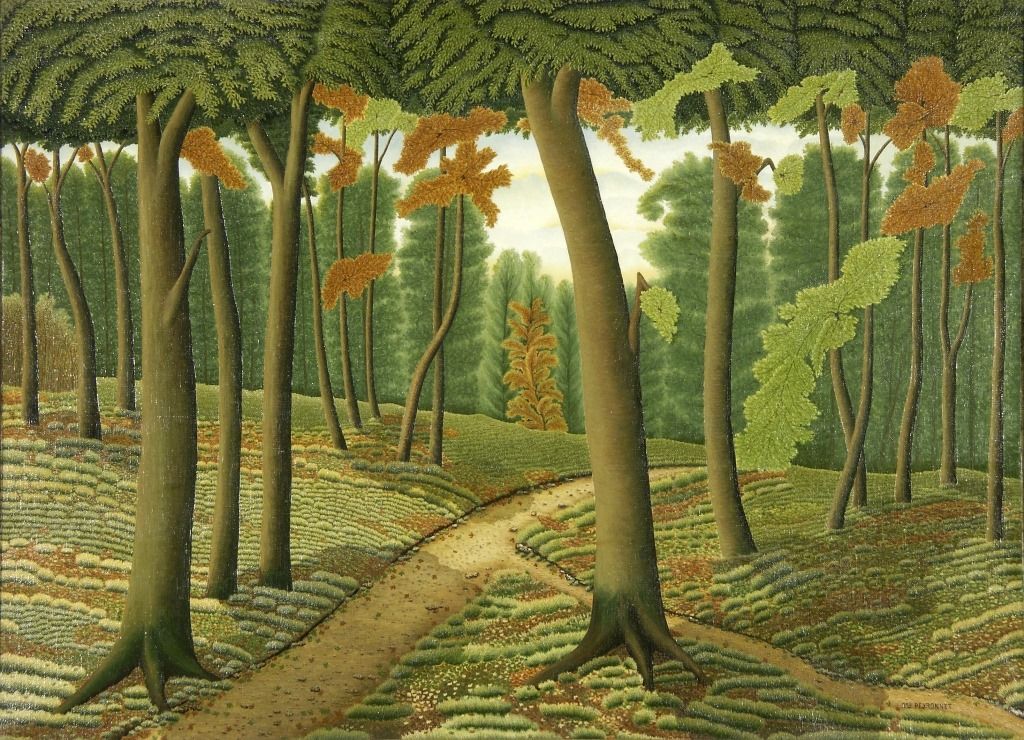 A journey through eight opera premieres in greater theatres in Europe to understand the particular historical context of each opera is what CaixaForum of Barcelona proposed. A theatrical musical genre that combines all art disciplines creating a universal language capable of defining cities from an emotional, cultural, political, social and economic point of view. We loved it. 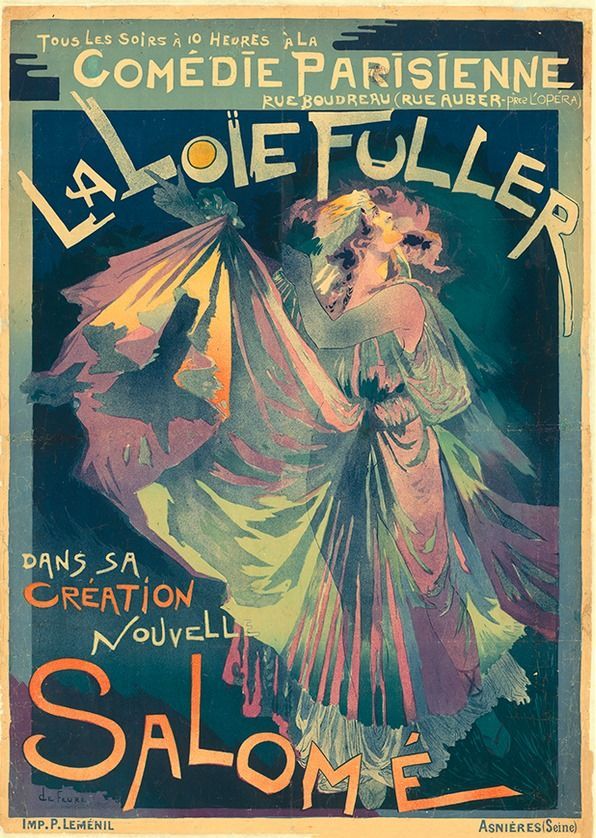 The Impressionists and Photography (Madrid)

The relationship between photography and painting has always been an extremely close one. “The Impressionists and Photography” featured in Museo Nacional Thyssen-Bornemisza shows how photography stimulated Manet, Degas and other young impressionists to develop a new way of looking at the world. The exhibition’s main goal was to offer critical thoughts on affinities and mutual influences between photography and painting. It has also exposed the lively debate that emerged amongst critics and artists on the matter during the second half of the 19th century. 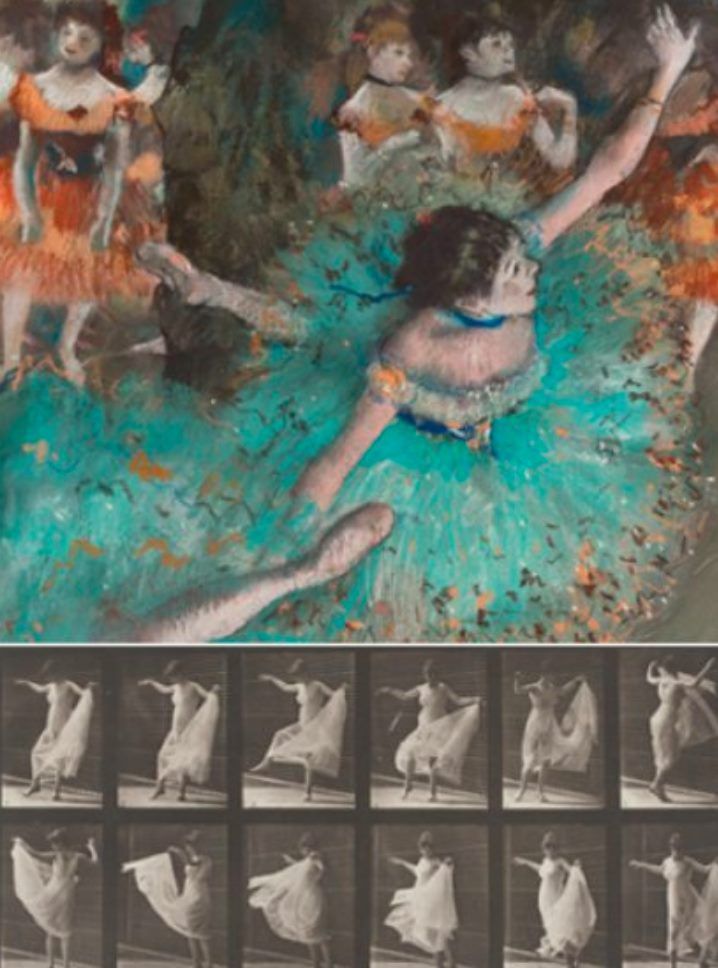 The image is “Nuages blancs, ciel bleu” (1859) by Eugène Boudin and has been featured in the exhibition “Touching color. The renewal of pastel” displayed at the Casa Garriga Nogués Exhibition Hall in Barcelona and sponsored by Fundación MAPFRE. From an international perspective, the exhibition seeks to analyze the place that pastel holds compared to traditionally venerated oil painting, as well as the reasons that led different artists in the 19th and 20th centuries to turn to this medium and reclaim it.